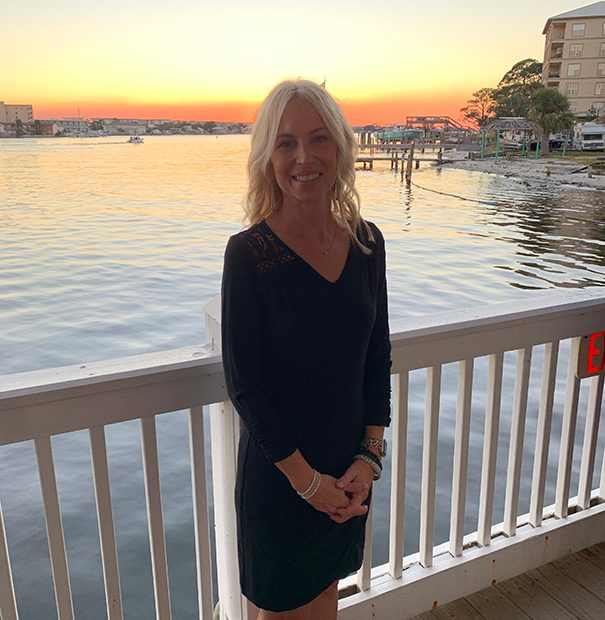 "I’m lucky to be alive. I truly live each day for myself and my donor."

Heather Cook’s mother, uncle and grandfather died from colon cancer–all before they were 50.

So when the Evansville resident had her first colonoscopy at 28, the news wasn’t good. Doctors found hundreds of polyps in her intestines and diagnosed Heather with familial adenomas polyposis, a genetic disease characterized by cancer of the large intestine which can increase the chances of developing cancer in other abdominal organs.

Surgery took all but six inches of her colon. Noncancerous tumors later formed in her abdomen and were destroying her small intestine. After undergoing extensive testing and consultation at IU Health University Hospital in Indianapolis, Heather was deemed a multi-organ transplant candidate and added to the transplant waiting list.

“I was scared and apprehensive. The waiting. The not knowing,” she said. “It was extremely difficult for me to wrap my head around the fact that someone had to die for me to live.”

After less than four weeks of waiting, at age 33 Heather got the call. She underwent a 16-hour surgery and received a new stomach, pancreas and small intestine–all from the same donor.

“The surgeons came out during my surgery and let my family know that I was probably less than 24 hours from my intestine rupturing. Without those organs on that day, I most likely would not have made it,” she said.

Heather’s recovery wasn’t easy. She spent nearly seven weeks in the hospital. Heather suffered a few minor setbacks along the way and had to undergo additional surgery.

“But I’m lucky to be alive. I truly live each day for myself and my donor,” she said. “I live life to the fullest and enjoy each and every moment I have.” 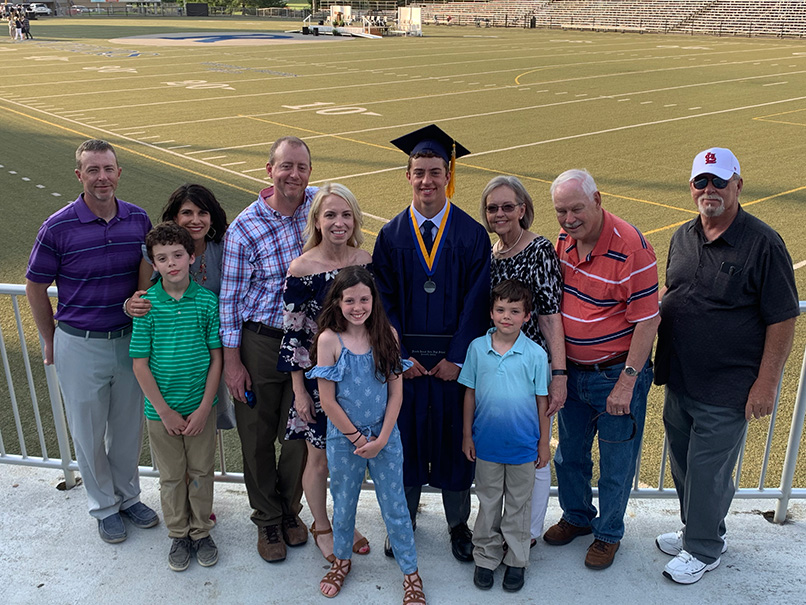 Today, Heather works as senior associate director of admission at the University of Evansville. She advocates for organ donation. She encourages people in her community to learn about how critical donation is and to register to become a donor.

“My donor gave me the greatest gift of all. There’s not a day that goes by that I don’t think about that person,” Heather said. “I don’t know anything about my donor. But I was truly blessed that they decided to do what they did.”

Heather said she often thinks about everything she’d have missed had it not been for a stranger’s selfless decision to save her life.

“I was able to watch my stepson play soccer for the first time, go to prom, graduate from high school and play his first college baseball game,” Heather said. “I’ve traveled to England and Ireland with my dad. I’ve seen many friends get married and have babies.

“I get to walk my puppies every day and the list goes on–all because of my donor hero,” she continued. “I can’t thank my donor and their family enough for saying ‘yes’ to being an organ donor.”