The sold-out 2022 Angel Fund Gala raised a record $90,000 in net proceeds for Indiana Donor Network Foundation's Angel Fund, which will allow for the Foundation to continue to provide assistance to transplant recipients and the families of donor heroes. Thank you for your support! We look forward to seeing you at the 2023 Angel Fund Gala.
MAKE A CONTRIBUTION 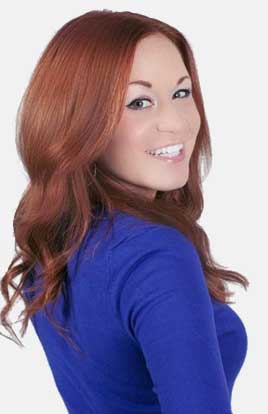 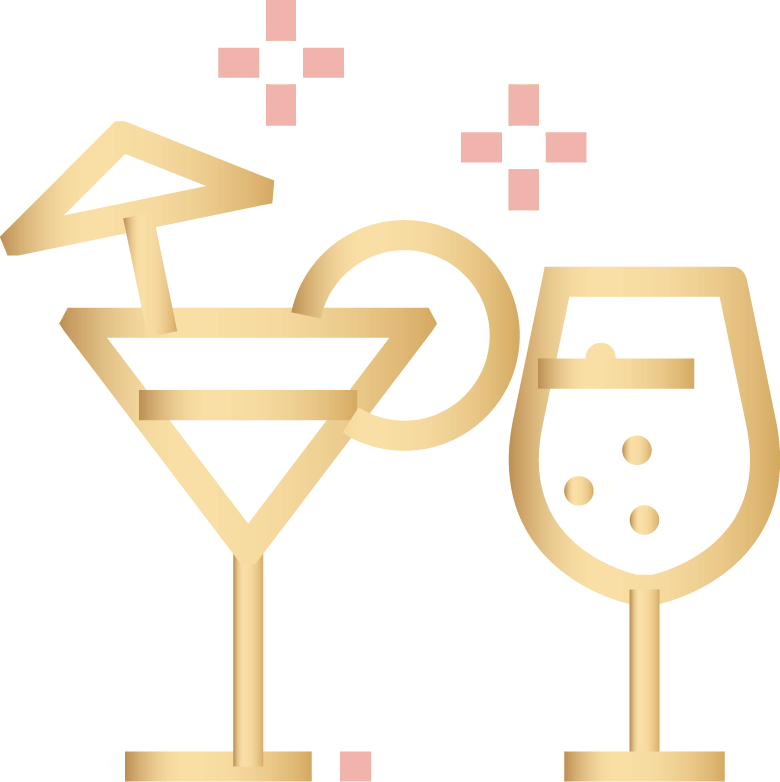 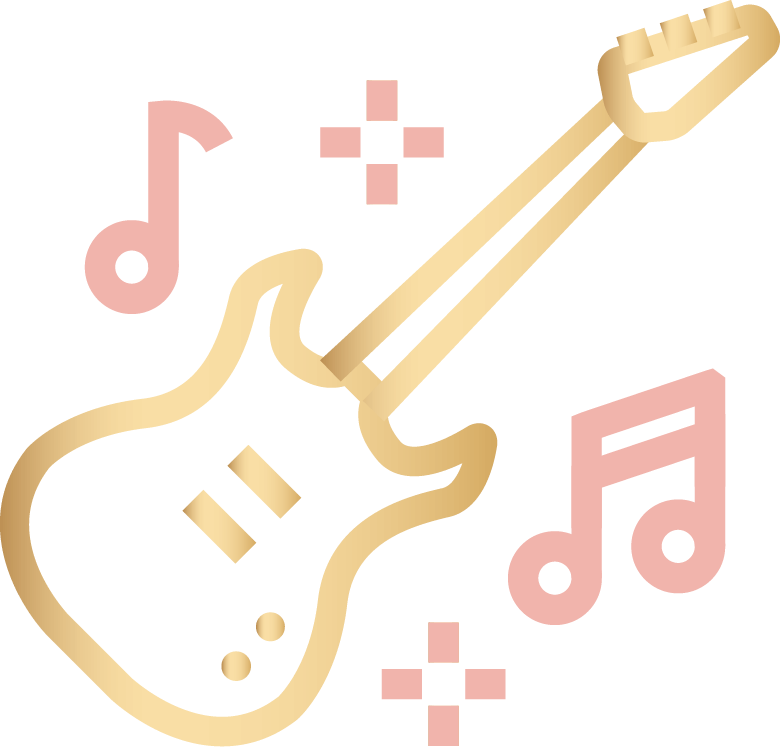 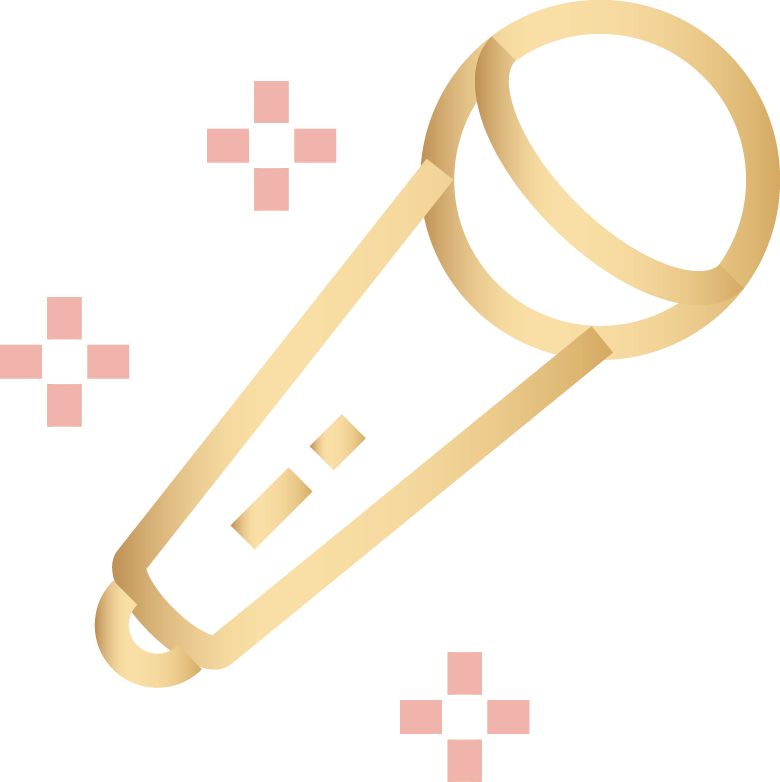 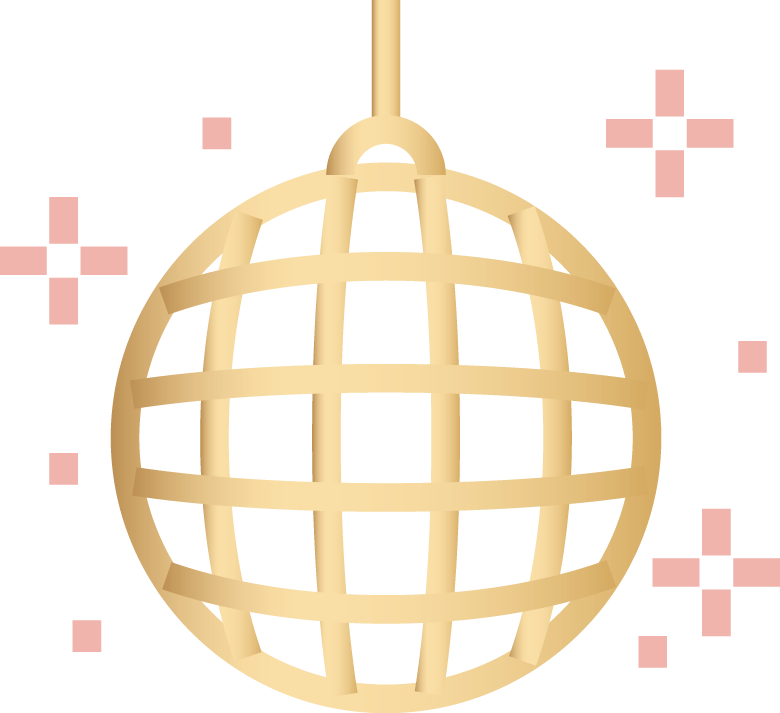 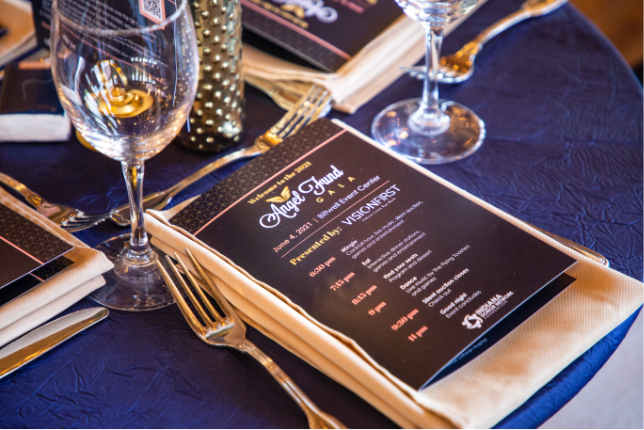 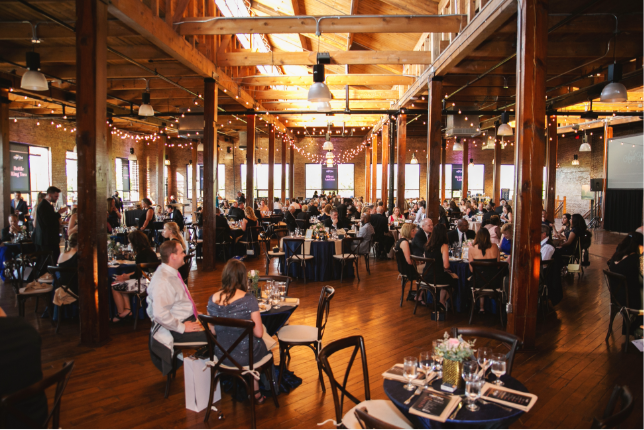 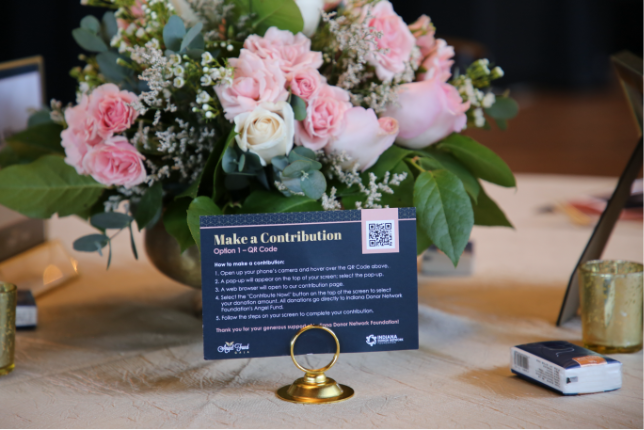 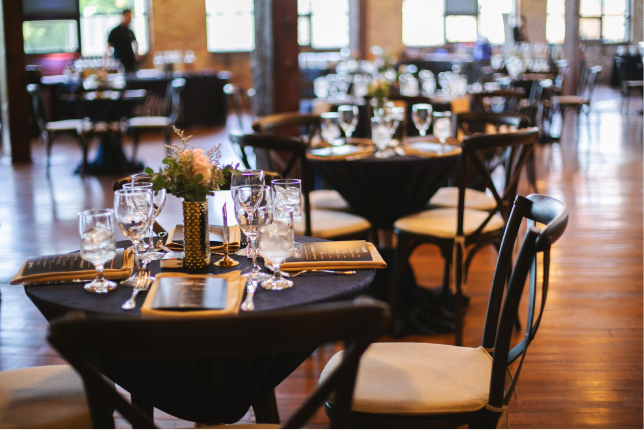 Champions for Donation are individuals and organizations undertaking exceptional efforts to advance donation and transplantation, either through direct clinical work or advocacy on behalf of the mission of Indiana Donor Network.

Their continued dedication to saving and healing lives through organ, tissue and eye donation is truly outstanding.

Read about all Champions for Donation here. 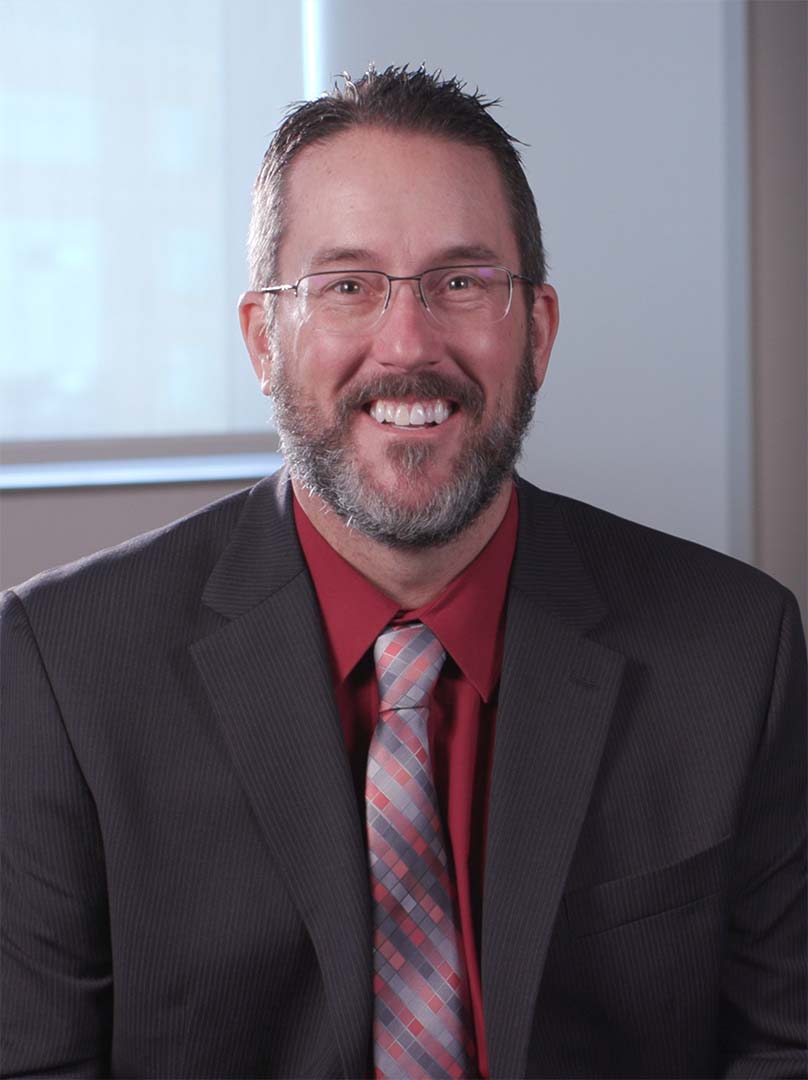 Michael GeRue has spent more than three decades in clinical, leadership and administrative roles within Parkview Health in Fort Wayne, Indiana. GeRue joined Parkview Health in 1989 and began his role as chief operating officer of the Parkview Heart Institute and senior vice president of the cardiovascular service line in 2014. He has dedicated his tenure at Parkview to ensuring the delivery of high-quality, high-value patient care. In his role at the Parkview Heart Institute, GeRue works in partnership with physicians and leaders to further the growth, planning and strategic direction of an ever-evolving and innovative healthcare model.

GeRue has held leadership roles as a clinical director and neuroscience service line director. He serves on two nonprofit boards of directors in Fort Wayne, is a past “40 Under 40” honoree and is a member of the SITI Honor Society of Nursing. He has served as co-chair of the donor council at Parkview Heath for the past eight years.

Michael GeRue was selected as a Champion for Donation for his leadership in the pivotal launch of the iReferral program at Parkview. GeRue saw the importance of implementing an online referral platform for nurses and doctors at his hospital. The iReferral program reports potential donors to Indiana Donor Network quickly and efficiently, saving time for nurses and resulting in an 18% increase in overall referrals to Indiana Donor Network from Parkview in the last year. 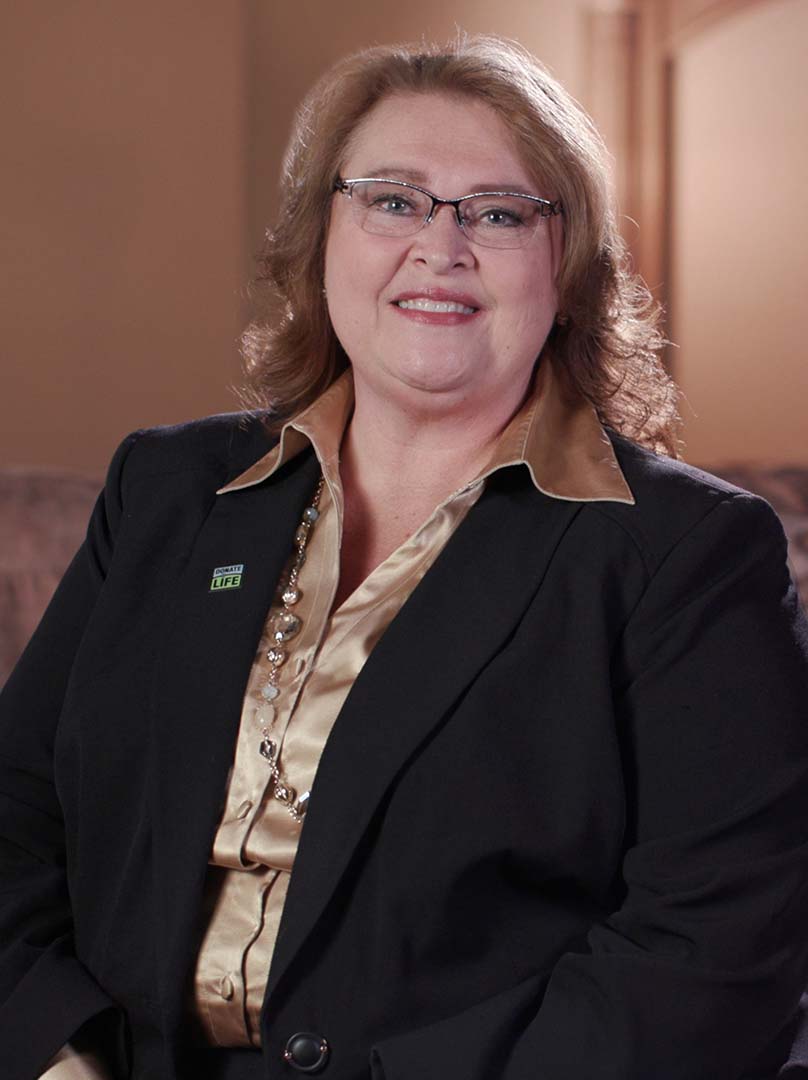 Matuszak is a certified crematory operator and currently teaches about death, dying and the funeral industry for the Forever Learning Institute. Since 2016, she has served on Indiana Donor Network’s Funeral Director Council, and in 2021, she was named a distinguished fellow by the Indiana Funeral Education Foundation. After Governor Eric Holcomb appointed her to the Indiana State Board for Funeral Home and Cemetery Service in 2019, Matuszak was named vice chair.

Prior to her current role at St. Joseph Funeral Home and Cemetery, Matuszak spent seven years as a police officer and detective with the St. Joseph County Police Department and later worked as a trade embalmer. Matuszak also served as an adjunct professor at Ivy Tech State College in East Chicago, Indiana, where she taught grief psychology, funeral directing and funeral service management to mortuary students. She worked in the field of mental health for more than 20 years.

Kathleen Matuszak has been selected as a Champion for Donation for her dedication to honoring organ and tissue donors at her funeral home. Matuszak helped concept the Indiana Donor Network Donor Honor Guard, a pilot program that honors donor heroes during the funeral service. She works with her team to ensure all donor families understand the impact that their loved one has made and why that decision is so important. 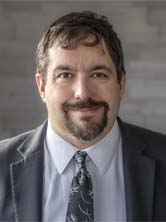 Dr. Christopher Poulos is chief forensic pathologist with the Marion County Coroner’s Office and an assistant professor of clinical pathology and laboratory medicine at Indiana University School of Medicine.

Indiana Donor Network Foundation is honoring Christopher Poulos at this year’s Angel Fund Gala as a Champion for Donation. Dr. Poulos is a passionate supporter of donation and transplantation. He is dedicated to educating his colleagues in law enforcement about the importance of tissue donation, leading to increased referrals from coroners’ offices throughout the state and more lives saved. 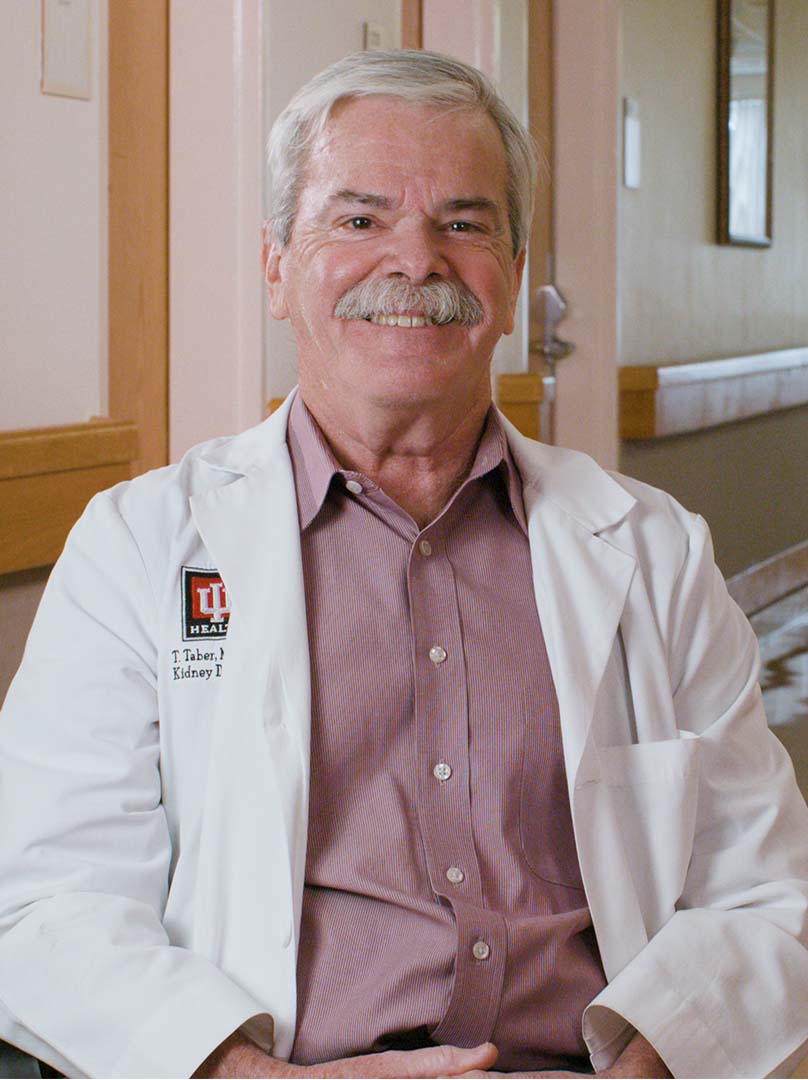 Lifetime Champion for Donation awarded to:

Dr. Tim Taber is a transplant nephrologist and former medical director for the kidney and pancreas transplantation programs at IU Health. He has served as the National Kidney Foundation of Indiana board president, IU Health medical staff president and physician liaison to the Association of Organ Procurement Organizations. He has also held various leadership roles with United Network for Organ Sharing.

In 2010, Taber was named chief medical officer at Indiana Donor Network. Through his retirement in 2020, he provided care for over 1,700 donors and helped save more than 5,000 lives through organ, tissue and eye donation and transplantation. Taber co-founded the Angel Fund, which provides transplant recipients funds for lifesaving medications and transportation assistance as well as provides additional grief support to the families of donor heroes.

Dr. Tim Taber has been a Champion for Donation for his entire medical career. From advancing the way Indiana Donor Network manages donor heroes to helping start the Angel Fund, Dr. Taber has spent his life going above and beyond in the service of others through donation and transplantation.

Indiana Donor Network Foundation created the Angel Fund in 2014 to provide assistance to transplant recipients who could not otherwise afford their medications. Recently, we added another element to that mission: To provide additional grief support to the families, specifically children, of donor heroes. All proceeds from the Angel Fund Gala directly benefit these two worthy causes.

Transplant recipients have been given the gift of life, and they need to be able to sustain that gift. The Angel Fund provides needed financial assistance to those who cannot otherwise afford the medications required to keep them healthy. For more information on how Angel Fund supports transplant recipients, click here.

The Angel Fund supports Indiana Donor Network Foundation’s annual Donor Hero Camp, which allows children related to donor heroes to attend a weeklong summer camp experience. Donor Hero Camp creates a space for children to be inspired to honor their loved ones, to learn team building and to experience hope and healing. For more information on Donor Hero Camp, click here.
By joining us at our gala and/or donating directly to the Angel Fund, you’re helping to ensure transplant recipients stay healthy and granting donor family children access to the resources they need throughout their grief journey.
Thank you for your support.

By partnering with Indiana Donor Network Foundation for the Angel Fund Gala, your organization is directly supporting transplant recipients and the families of donor heroes. All proceeds from the event directly benefit these two worthy causes.

A sponsorship of this formal event will highlight your organization’s support in saving and healing lives through organ and tissue donation to its audience of approximately 250 guests, including business and healthcare executives, clinicians and community partners.

If you are interested in a sponsorship package (levels listed below) or a customized partnership to maximize your organization’s assets and exposure, please contact Carly Gundaker at cgundaker@INDonorNetwork.org or 317.223.2843. Details on each partnership level are available by clicking the “learn more” button below.

Unable to contribute financially but still want to support our mission? We are also grateful for contributions such as tickets, food and beverage donations, gift cards, silent auction baskets and memorabilia.

Thank You to Our Generous Sponsors​ 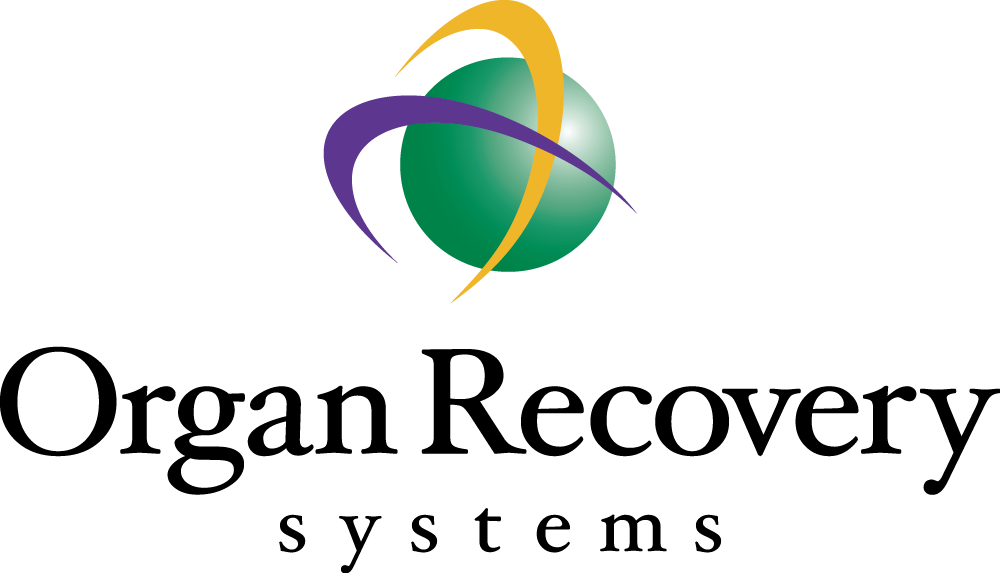