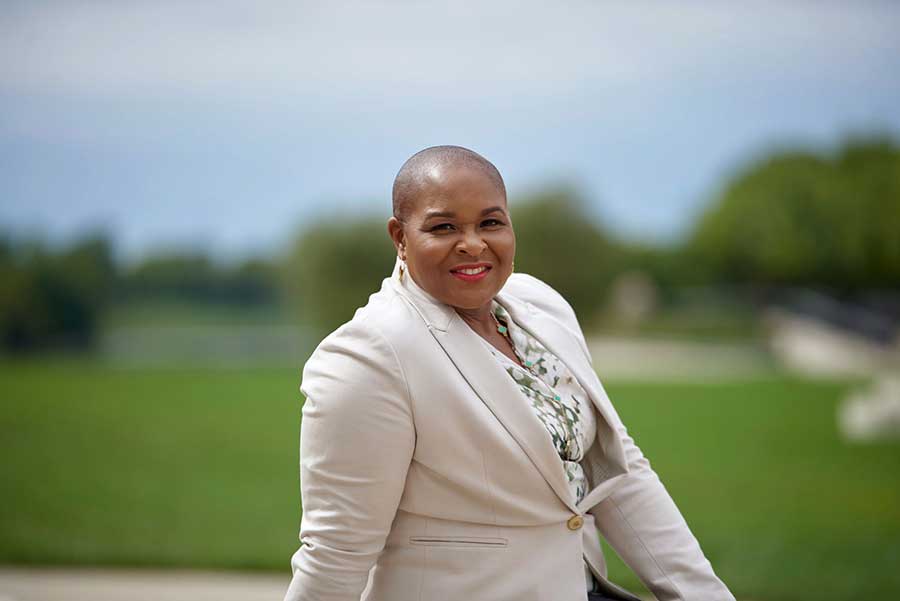 “Leaving the world a better place is always my goal, and I think it’s a goal that others share. Being an organ donor or designating yourself as an organ donor is one way to do that.”

When it comes to understanding how donation and transplantation transform lives, Faith McKinney has perspective few others possess. Hers is a story told from both sides—tissue recipient and organ donor—because Faith is both.

In 1998, suffering from a hereditary eye condition that threatened sight in her left eye, Faith received a cornea transplant. The transplanted cornea, which Faith was told had come from a young boy, not only helped restore her vision but also had a profound impact on her view of how one person and one decision can make a difference.

“Being able to do something like that, to give like that was something I always kept in the back of my mind,” she says. “To me, that kind of giving was so kind and so selfless.”

During a public speaking course several years later, an instructor challenged Faith to consider what “monumental difference” she intended to make with her life. For Faith, the answer came a few weeks later when she received an email from her cousin whose husband was on dialysis and needed a kidney transplant.

“We have a really big family, and she was asking if any of us would consider being tested. It hit me like a lightning bolt; I knew this was a way I could make a difference.”

Faith was able to donate one of her kidneys in 2009, and although her cousin’s husband died of a heart attack several years later, he was able to spend seven additional years with his wife and family that were free from dialysis.

“Giving someone a second chance at life impacts a whole family,” Faith says. “And in a way, it also was a gift to myself—a lesson in understanding how very valuable we all are.”