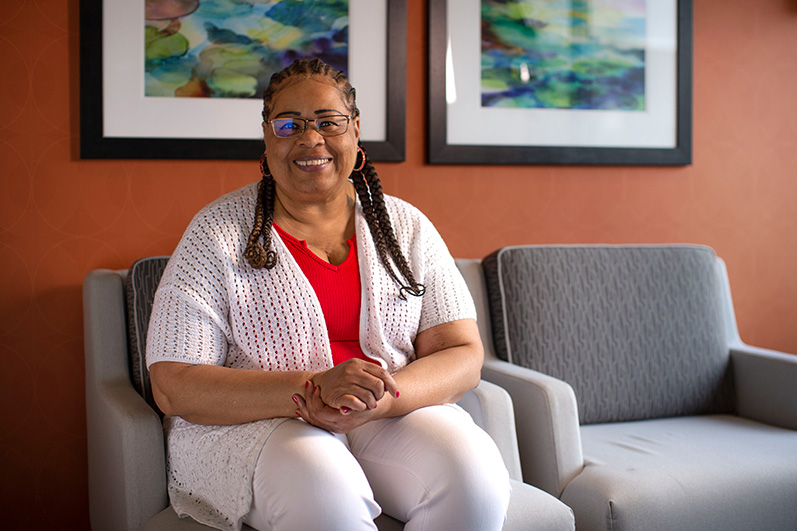 “I never gave up faith. I knew, one day, I was gonna get a transplant. So, that was my positive point in life.”

Jamie Taylor has gone through the unbelievable struggles of cancer and kidney failure. The 62-year-old public school resource officer never missed a beat during her years of treatment and was ready for her “lucky number seven” phone call to save her life.

“Back in 2012, I was referred to a renal doctor because of my kidney numbers,” she said. “I had been seeing the doctor for about a year when I went into complete kidney failure. I went to see my doctor toward the end of February and a week later, I started experiencing some swelling and fatigue. I didn’t know what I was going through.”

Jamie was diagnosed with breast cancer in 2012. When her kidneys started to fail, she went to the emergency room and was immediately put on dialysis. The story was starting to sound familiar as her mother and grandmother had both suffered from renal disease and had to do dialysis treatments, too. For Jamie, every Monday, Wednesday and Friday became treatment days for the next five years.

“I didn’t know anything about transplants or anything. I was just going along with my treatments and continuing to work and to have a positive attitude,” Jamie said. “But I’m thinking at the same time, ‘Am I gonna have to do this for the rest of my life?’”

While she was undergoing one of her treatments, Jamie started to do some research on the transplant process. She set up an evaluation date but more bad news came. Jamie needed to be cancer free for two years. She also has a rare blood type. This was the first time Jamie felt deflated. She had been working so hard with her dialysis treatment and keeping up with her work. So, she did just that. She kept fighting and was finally placed on the transplant waiting list. Jamie would endure dialysis treatments for five years waiting for a new kidney.

“I started getting calls (about a kidney). I received a total of six calls but all six of those didn’t work out,” Jamie said. “The sixth call, there was a lady in front of me that received that kidney.”

Jamie was on the transplant list for four years. Then the call came: lucky number seven. It was May 31, 2018, as Jamie was driving home from work.

“They said they had a kidney for me. I was so excited,” she said. “I needed to be at the emergency room at 9 pm that night. They put me in a room to prep me. Early on June 1, I had the transplant.” 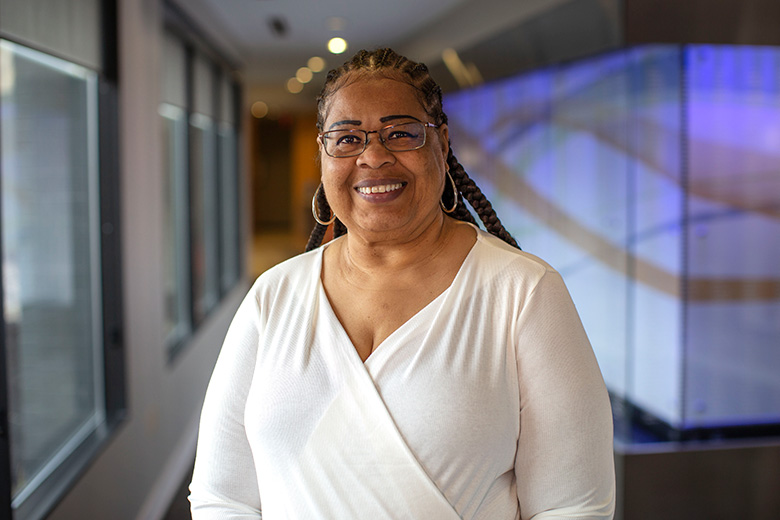 That same year, as Jamie was doing one of her follow-up exams with the transplant team, a member from Indiana Donor Network came up to her and asked her if she would like to get in contact with her donor family. It was an easy “yes” for Jamie, she said. The two families started with letters, and Jamie noticed the donor family had the same ZIP code as her.

“Oh, wow,” Jamie said. “So, I went on Google and they live six minutes down the street from me.”

In December 2018, the two families met at Indiana Donor Network. Jamie learned so much about her donor, who was a 27-year-old named Jacob.

“I love them. They’re part of my family now,” she said. “Julie (Lewis) had her daughter with her, Brittany, and I had my sister with me, Mona. We talked, we cried and we held on to each other. It was just a good meeting.”

The Taylor and Lewis families have annual dinners together. It’s just one of the many ways Jamie expresses her gratitude for her gift from Jacob.

“Jacob gave me a second chance at life. That was the most beautiful moment in my life,” Jamie said. “I do all I can to help educate people on donation and transplantation because, like myself, I didn’t know anything about it.”

Jamie wonders if she could’ve helped her mother and grandmother if they knew how organ donation saves lives. They knew nothing about it. But Jamie wishes it could’ve been different for them. It’s one of the main reasons she now works with Indiana Donor Network and Donate Life Indiana to help educate people, in the school she works at and in her community.

“I was able to do my first classroom presentation at George Washington High School and it went really well,” Jamie said. “I talk to anybody I can about donation because a lot of Black and minority groups say they don’t have a clue. My goal is to help educate more people and try to get as many people signed up as I can.”

Jamie is excited for her next chapter in life. She is retiring from being the resource officer at George Washington High School in December, and can’t wait for her next adventure. Her health has stayed strong and she is excited for their upcoming family dinner with her donor family this month.