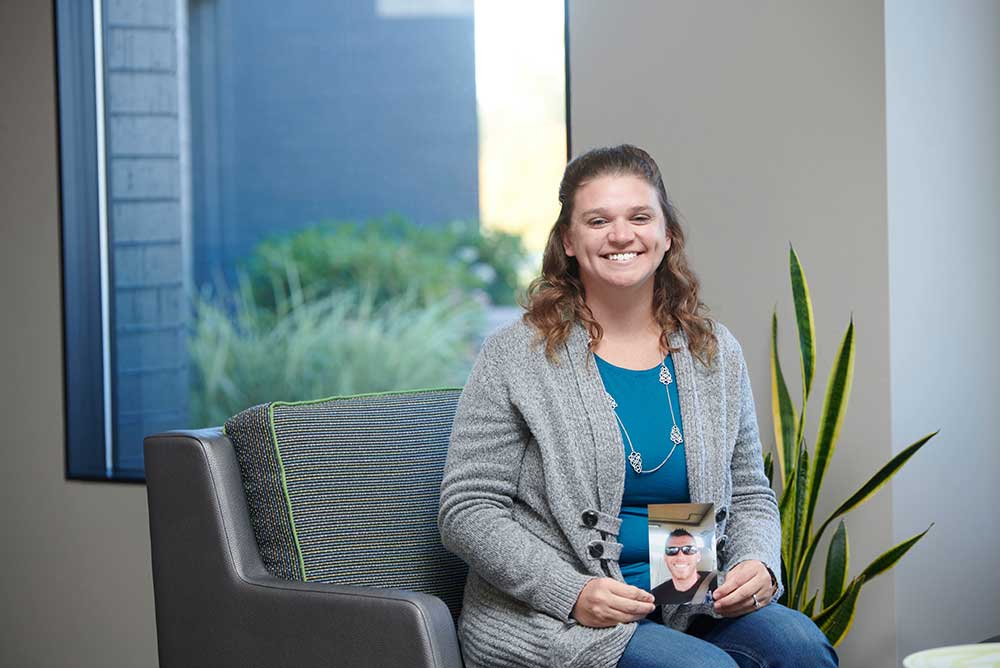 “In the end, something really great came out of a senseless tragedy. We were able to do what Chris wanted, and that’s been awesome.”

For the Curry family, Chris was the glue that held things together and made them stronger. From remodeling his parents’ home to forging an irreplaceable bond with his nephews, Chris was always eager to step up and make a difference. His mom, Cheryl, may have known that better than anyone. Shortly after learning Chris wouldn’t recover from his injuries, she assembled her family in the hospital corridor to talk about donating his organs.

“She said we needed to be realistic –– Chris wasn’t coming back — and that he would have wanted to help someone else,” Mandy recalls. “We found out that Chris had actually signed up as an organ donor, so it was nice to know that the decision we were making on his behalf was something he wanted to do.”

While the Currys found solace in the decision to donate Chris’ liver, the days and weeks that followed were hard. Not only were they missing a beloved member of their family, they were also struggling with the tragic circumstances of Chris’ death.

Looking for ways to channel the grief, Mandy decided to order some remembrance items from Indiana Donor Network’s website. She came across a call-out for organ donation advocates. She clicked through to learn more, and within a few weeks she and her younger sister, Courtney Baumann, completed the organization’s advocate training and began volunteering for speaking engagements.

“I found so much healing in talking about Chris, the kind of person he was and all of the positive things he had done,” Mandy said. “It helped me realize that something great had come out of a really bad situation, and it gave our entire family an opportunity to heal.”

In 2020, Mandy, who works as a program manager for Girl Scouts of Central Indiana, collaborated with the team at Donate Life Indiana to develop organ donation information and activity kits that were shared with more than 530 Girl Scout families this summer and fall.

For all of the Currys, celebrating Chris’ life and educating others about organ donation has become a true family affair. During the past three years, the family banded together in a variety of activities in honor of Chris. Their commitment to keeping his memory alive was reinforced last year when they were able to meet the woman who received his liver.

“It’s been so nice to build a relationship with her and to know that Chris is living on through someone else,” Mandy said.